Egypt and the threat to Archaeology

As an Archaeologist, the mindless destruction of the 12th century Umayyad Mosque in Aleppo, Syria during the civil unrest in April 2013 made me feel sick and realise just quite how all-encompassing and total the violence was becoming. UNESCO World Heritage Sites weren’t safe from the threat of modern conflict. We saw back in 2003 that the American entry into Iraq led to the looting of the National Museum of Iraq in Baghdad, and subsequent desert sites became pockmarked with hundreds of pits dug by desperate civilians hoping to find treasures that could be sold. Well just today the death toll in the Egyptian violence has come to over 600, and with all of this unrest, i have wondered how Egyptian archaeological sites and antiquities will have fared; Egypt being renowned for the trade in illegal antiquities. It must be going on at sites that are left unguarded and unprotected in the desert, especially when armed forces and police will be being moved to areas of violence and so leave historic sites unprotected. Dr Zahi Hawass, the head of antiquities in Egypt, left his post in 2011, citing his inability to protect the material and sites during the troubles as one of the reasons (being a supporter of Mubarak may have been another), and so the situation at present could be quite dire- no-one can really know.

However, today I saw an article offering some hope on ahramonline (http://english.ahram.org.eg/NewsContent/9/40/79035/Heritage/Ancient-Egypt/Egypts-archaeological-sites-and-museums-closed-ind.aspx), which I will quote in part:

Minister of State for Antiquities Mohamed Ibrahim established an emergency operation room to follow up on security measures taken at archaeological sites and museums across the country, in order to protect them from looting or encroachment.

During clashes, pro-Morsi protesters destroyed guard kiosks at the entrance to the National Museum of Alexandria, and at the Malawi National Museum in the Upper Egypt city of El-Minya.

Ibrahim told Ahram Online that both museums are safe, however. “Thank God, nothing happened to the museums themselves,” he said.

We can but hope that he is right, and hope that this awful mess in every sense- political, personal, social, as well as archaeological- is sorted soon before we end up with a replica of Aleppo and a gaping hole in the shared heritage and history of the world. It is something that all archaeologists should be concerned about, and which the international community should speak out about before it is too late, more culture is destroyed needlessly, and more lives are thrown away. 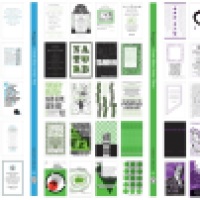