A small victory for anthropology: the return of sacred Hopi masks

There are some stories in the news that irritate me to Hell, and then there are others that make me feel all warm and fuzzy inside. This post involves one of each, and they are both connected.

The Hopi, whose full name is Hopituh Shi-nu-mu (“The Peaceful People” or “Peaceful Little Ones”) are a native matrilineal tribe indigenous to the US state of Arizona, that live mainly on a reservation that is completely surrounded by the land of the Navajo. There were, according to the 2010 US census, 18,327 members of the Hopi, and many traditional crafts are carried out in order to make a living, such as high-quality pottery-making, the carving of Kachina dolls, and the making of silver jewellery. As with many tribes around the world, Christianity has been taken up by some Hopi, but traditional religious beliefs still dominate their culture, and it is to these beliefs that the news story in question relates. For the Hopi, ceremonial masks and head-dresses made by members of the tribe are seen as tombs, representing the spirits of the ancestors, and as such these items are treated as sacred and as living beings, being kept behind muslin screens so as they can ‘breathe’ when not in use, and being ritually fed corn pollen. However, despite such objects being protected in the US, with the sale of Native American items being outlawed in 1990, this rule does not extend to other countries. As such, on 9th December 2013, a sale of  27 Hopi masks and artifacts taken from Arizona in the early 20th century went ahead at an auction in Paris. The advocacy group, Survival International, tried unsuccessfully to challenge the auction in court on behalf of the Hopis, but at the sale the Annenberg Foundation stepped in, spending $530,000 (£325,732) on 24 objects with the sole aim of returning these items to the tribe. This is absolutely wonderful news both for the Hopi, indigenous peoples in general, and for anthropology, as it shows that there are people out there who are able to see the importance behind so-called ‘art’ objects and their relevance to the beliefs of others. 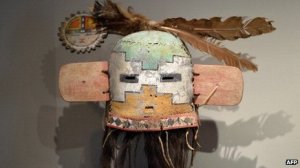 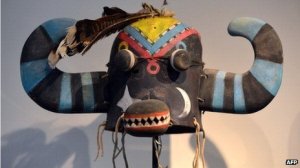 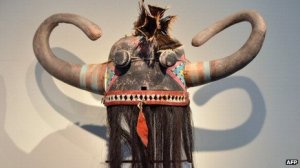 At the time of this latter sale back in April, I posted this on Facebook with a link to the BBC News article about the sale:

Seriously- I love the quote at the end: “I guess that museums will be obliged to give back their collections. It’s major. It would be terrible for the art market in general.” Erm….no. There is a difference between the ownership of tribal material by museums and the selling of these items on the open art market. Museums of ethnography such as our own Pitt Rivers work extensively with tribal peoples to gain understanding of customs and beliefs surrounding objects, and closer connections often allow for museums to retain these items but make them accessible to tribes for their own learning, study and occasional use for rituals. Some items are repatriated as they are seen to be important for the people who made them or who have descended from the original creators, and because it is often the moral thing to do, especially if they were taken under overly violent colonial methods, through false means or other illegal practice. To say that they should not be returned due to the loss to the “art market” is an insult to our western intelligence as people who can see objects as more than simply “art”, and is certainly an insult to the Hopi and any other tribal people. To them, these are more than “art” (if they even conceive of ‘art’ for its own sake) and should not be treated by those who feel they are better than indigenous populations as commodities. Items to be learnt from and studied, yes. In the right way this can be very productive for all involved. But not as a means of imposing superiority. And not as something that has nothing but monetary value.