…and for this month’s books:

These all came from a colleague at work who teaches in the English department, and who was offloading many of her university texts on the school library. I had first dibs on any that weren’t wanted for the students, and so I picked these few. Free books are greatly appreciated!

Now these ones I did have to pay for:

A few points- I already have a copy of Paradise Lost with extensive notes, and the Milton text here is a rather hefty tome, but it contains pretty much all of the poetry that he wrote, including Paradise Regained, so I thought it a worth-while purchase.

The Motion selection is also of note, as it adds to my collection of signed poetry books that I’ve managed to pick up cheap. I’ve already got two Simon Armitage and a Wendy Cope book signed.

Lastly, the last seven books were all picked up a few weeks back when I went down to Oxford for the day for a work conference. It’s the first time I’ve been back since the graduation in September 2013, so that was nice (even though it rained most of the time I was there), and I managed to nip to a favourite bookshop of mine. There’s a shop there called The Last Bookshop, which used to sell everything for £2, and which had quite a good run on academic texts, Faber poetry and classics. I spent  small fortune in there over the three years of my degree. It looks like it’s now under new management, and everything is now £3, but they do a nice ‘2-for-£5’ deal that led to me buying quite a few. Hopefully I can call in when I’m down again for work in the next few days! 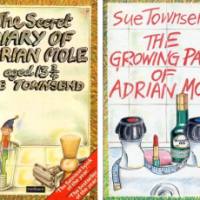