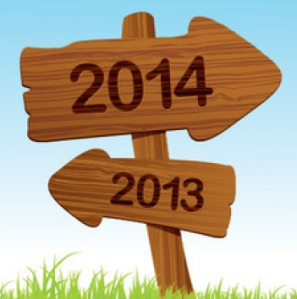 Well- it’s New Year’s Eve, and time to reflect on what has gone on over the past year. For my family, this has been a big year, as we left the comfort and splendour of Oxford to return to our home city of Stoke-on-Trent; I graduated from university; I got my first job; we decided where we want to go with our life in the near and more distant future, thanks to an American man and his family on YouTube; I completed my first book of poetry, which had been languishing prior to this summer; I took the plunge and begun this blog, which is something I’ve wanted to do for a while; and have got back in contact with several family members that I haven’t seen for the best part of a decade thanks to Facebook. It has been eventful, and had also been emotional and tiring for all of us. Also, with any luck, next year should be just as eventful- beginning work; trying to get my book published; endeavouring to write the novel and short story collection that I’ve been planning for a month or so; and getting married. Yes: my partner and I are getting married next year!

In terms of this blog, I will be getting up several ‘Thoughts on…’ posts for the books I have read recently- the first two Adrian Mole books, Penelope Lively’s ‘Heat Wave’, Jack Kerouac’s ‘On the Road’, and Tove Jansson’s ‘Finn Family Moomintroll’- in the new year, and hopefully will get the first few up on New Year’s Day. For now, though, I thought that I would highlight a selection of posts from this blog that have proved popular, may have been overlooked, or are of relative interest for me.

I think that’s enough links to my other posts to be getting on with for now. Anyway- check some of these out if you haven’t already, or have a browse of the blog and see what you come across. Also, you can follow Electric Puppet on Facebook here: https://www.facebook.com/electricpuppetblog

Lastly, here are a few fellow bloggers that I’ve come across in the past few months that you may find of interest:

These Bones of Mine

A Corner Of Tenth-Century Europe (written by one of my Anglo-Saxon lecturers from Oxford; he has since moved on to work at Birmingham University)

I hope you have a very happy New Year, and that 2014 will be good for you. 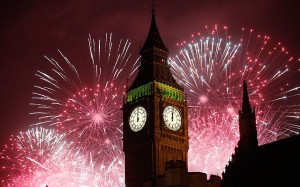 Two soldiers in the Italian ice

Following on from my two previous posts about an Iron Age tunic and an Iron Age horse discovered in a Norwegian glacier, I came across this story through a friend. In the Presena Glacier, part of the Italian Alps, there was uncovered last year the preserved bodies of two soldiers who were killed in the Battle of Presena in May 1918. It is thought from both their location and their uniforms that these two individuals may have been Austro-Hungarian mountain troops called Kaiserschützen, who fought against Italian Alpini to defend the mountains during the First World War. As could be imagined, the cold (reaching as low as -30°C), storm and avalanches killed as many people as the fighting did, but one of the two soldiers was found to have a bullet hole in his skull and a piece of shrapnel lodged inside. Due to the power of the glacier, the bodies were also fused together, but forensic analysis suggested that these people were both 17 or 18 years old. It is also interesting to note that these individuals were discovered in the same mountain range as Ötzi, the 5,000 year-old “Ice Man”, and that he was ironically in better condition due to having only been frozen and not crushed like the soldiers. Despite being separated by millennia and by wildly different cultures, these soldiers were found to be wearing coverings over their boots that had been made for them by the Russian prisoners used to transport ammunition and resources up the mountains, and which were very similar to those worn by Ötzi.

Once analysis had been carried out on the remains, they were buried in unmarked graves, as DNA- although present- was unidentifiable due to having no other identification on the bodies by which to narrow down who these boys were or where they came from. Again, this is in contrast to the “Ice Man”, who recently had around 16 of his descendents traced in Austria. The place in which they were interred was in the village of Peio, which is now in the italian province of  Trentino, but was in 1918 the highest village in the Austro-Hungarian Empire. The Emperor decided that as such, it should not be evacuated, as many other mountain villages close to the front line were, but after the war in 1919 it became Italian. This has led to Trentino and the neighbouring South Tyrol sharing a sense of belonging to both Austria and Italy, as well as meaning that in the “White War” that took place on the Presena Glacier and elsewhere in the mountains, the men fighting on opposing sides may have known one another before the war and been friends. Indeed, this previous familiarity and sense of similarity was seen when troops exchanged gifts on Christmas Day during the hostilities.

A slightly more disturbing discover this time from the ice, but again it shows that glaciers are a mine of information about the past- whether this is ancient or recent- and a precious resource that we need to protect in order that more information and more people are not lost and forgotten forever. 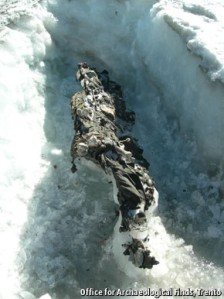 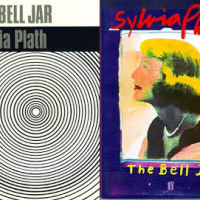